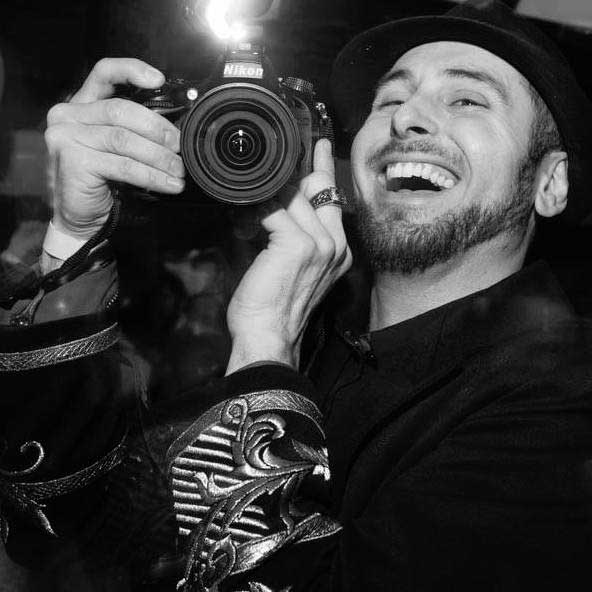 President and Founder of Make Believe Professionals, David is a third generation circus performer who has been entertaining since he was a toddler. Throughout his life, he has been on a mission to make people happy. At the age of 7, he joined the Triton Trouper Circus, helped out behind the scenes, and performed for over a decade. By the age of 18, he was facilitating retreats and events through Snowball, and founded BrilliantlyMad Magazine shortly thereafter. He has organized, hosted, DJed, photographed, facilitated, documented, and performed at well over 1000 events and is very active in the conscious music, art, and spiritual communities. Studying massage and healing arts has given him more inspirations to share with others. He graduated with a degree in Multimedia Arts and wants to bring messages of love, laughter, and education to the population.

Katherine is herself a lifelong performer. Katherine specializes in fire, flow, clowning, character acting, improv, and vocal performances. She is a skilled face-painter and balloon-artist, children’s magician, princess performer, super heroine, and period actor. Her signature is blending multiple skills into each performance, such as fire clowning, princess magic, singing flow shows, or magical fire burlesque. Katherine is a member of Capn Nemo’s Flaming Carnival, Pyrotechniq Performance Troupe, Organic Monk improv troupe, and The Twisted Haberdashery balloon couture experience. She is a founding member of Fire Therapy and Revolution of the Flame fire performance troupes, performing throughout the Northern US, Midwest, Southwest, West Coast, and Europe. She produced and performed in Potted Meat Sketch Comedy Troupe, and has performed in a wide array of other stage acts. She also composes and performs original vocal works for local bands and singing telegrams. Overall, Katherine’s aim in every show is to inspire the best in every member of the audience, and to leave each person feeling as though they have the power to create a more magical world. 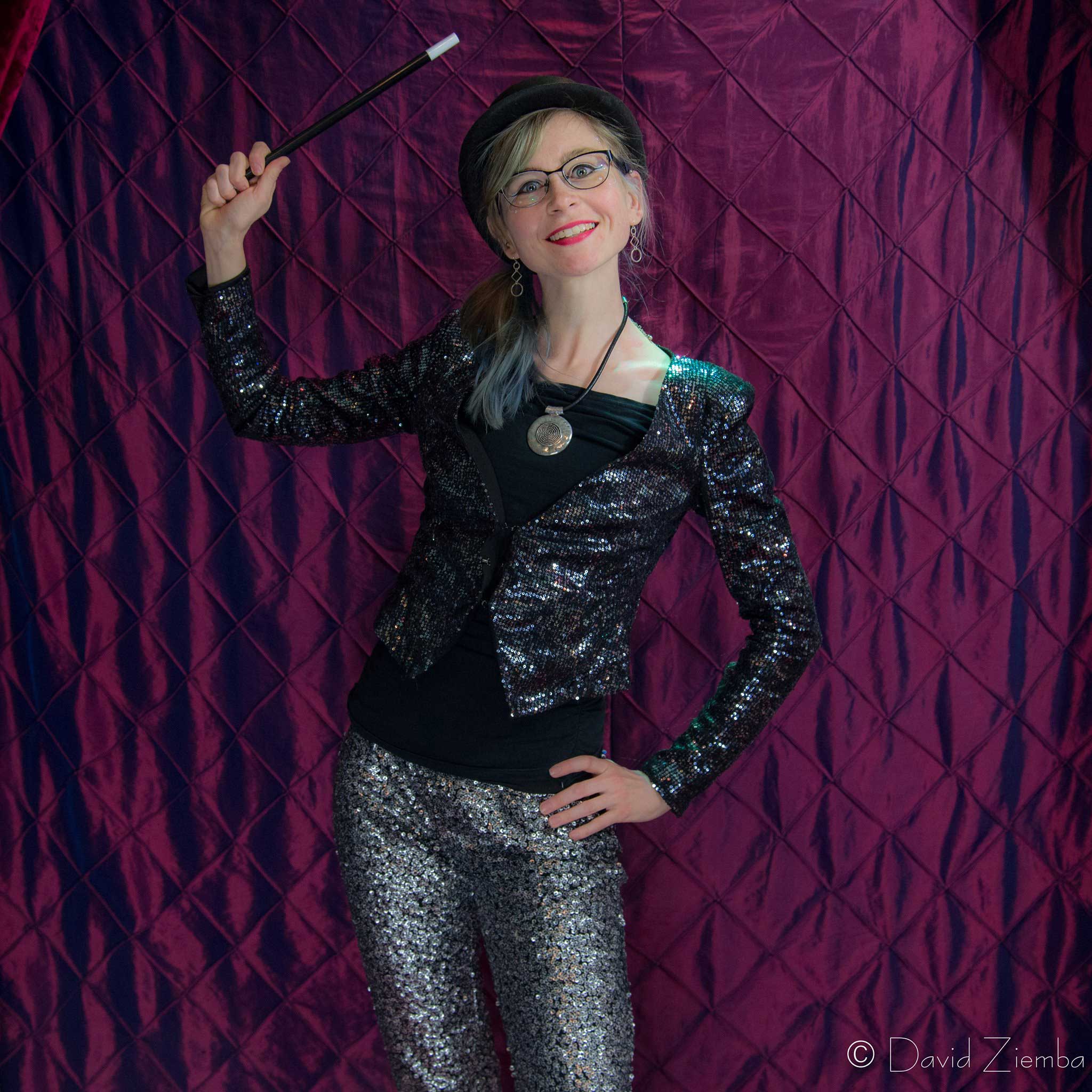 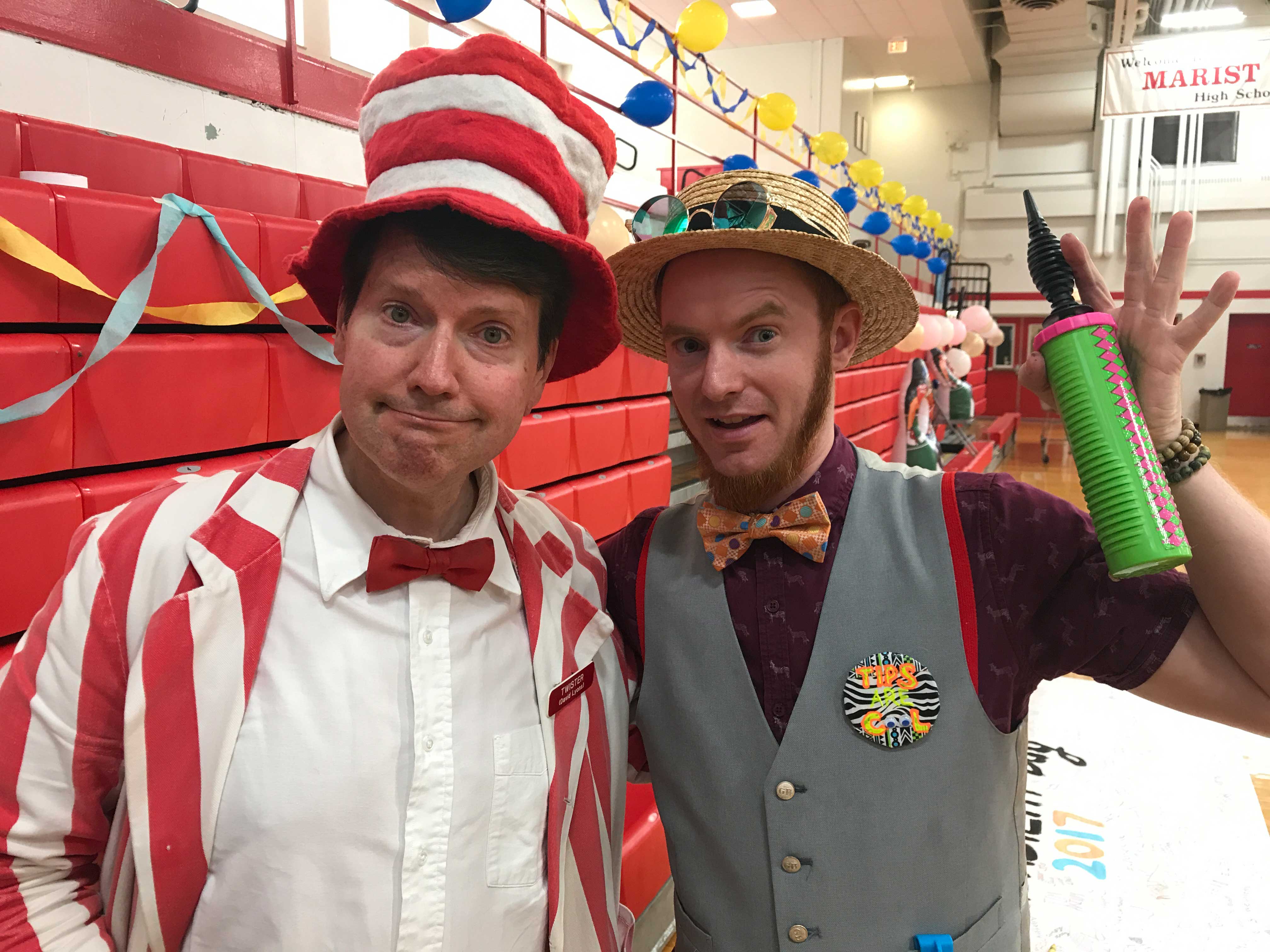 Sean is a master balloon twister, working restaurants and private events throughout Chicagoland. He consistently impresses customers and restaurant managers by pushing his own limits and coming up with new and innovative designs. Sean is one of the founders of the Twisted Haberdashery, bringing custom couture balloon creations to adult events. In addition to twisting balloons, Sean is also an accomplished oil painter, and has adapted his skills to face painting at parties and festivals around the Chicagoland area.  When he joined the Make Believe Professionals team, he began performing at parties as a costumed character.  He looks forward to continuing to develop his skills as a balloon artist, face painter, and performer throughout the coming years.

Lisa isn’t just a kid at heart. She’s a kid trapped in an adult’s body. Whether she’s singing as a princess, prancing as a sparkly fairy or dancing as a cartoon character or clown, Lisa puts her entire soul into making your birthday boy or girl smile. She’s skilled at balloon twisting and face painting (she can do almost anything you request!) Playful, energetic and chock-full of whimsy, Lisa will make sure that your event is one to remember. She’s a graduate of the Second City Improv Conservatory and the Musical Improv Conservatory and she dives into every performance with unparalleled passion. For four years, Lisa has performed improv with kids age 2 to 82 as part of Chicago Tribune Recommended storytelling show, The Greatest Story Never Told, where she dons fake beards, unicorn costumes, and ladybug wings for fun! Birthday parties are her favorite events on the planet (she has a perfect memory for birth dates and can even make cakes with faces on them!) 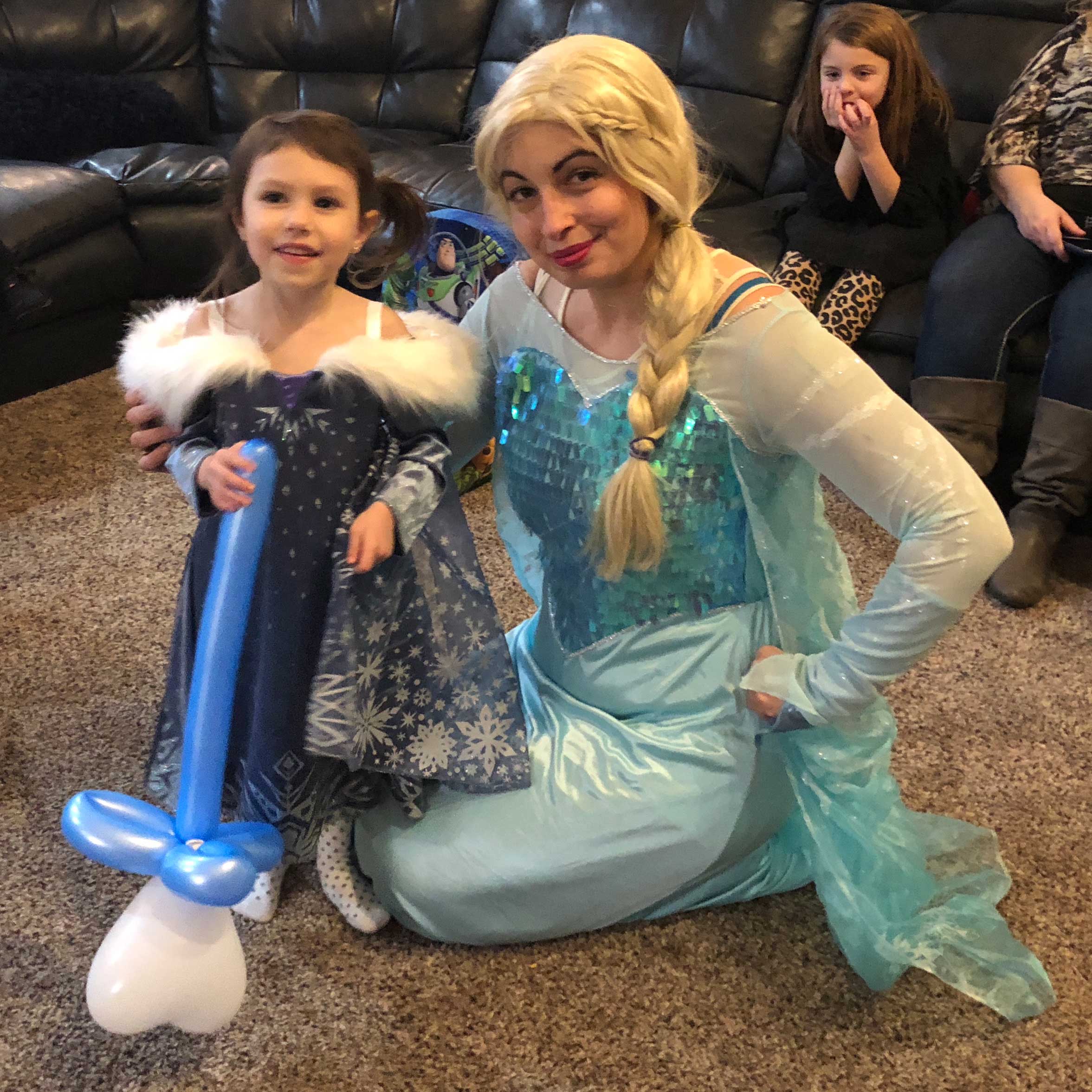 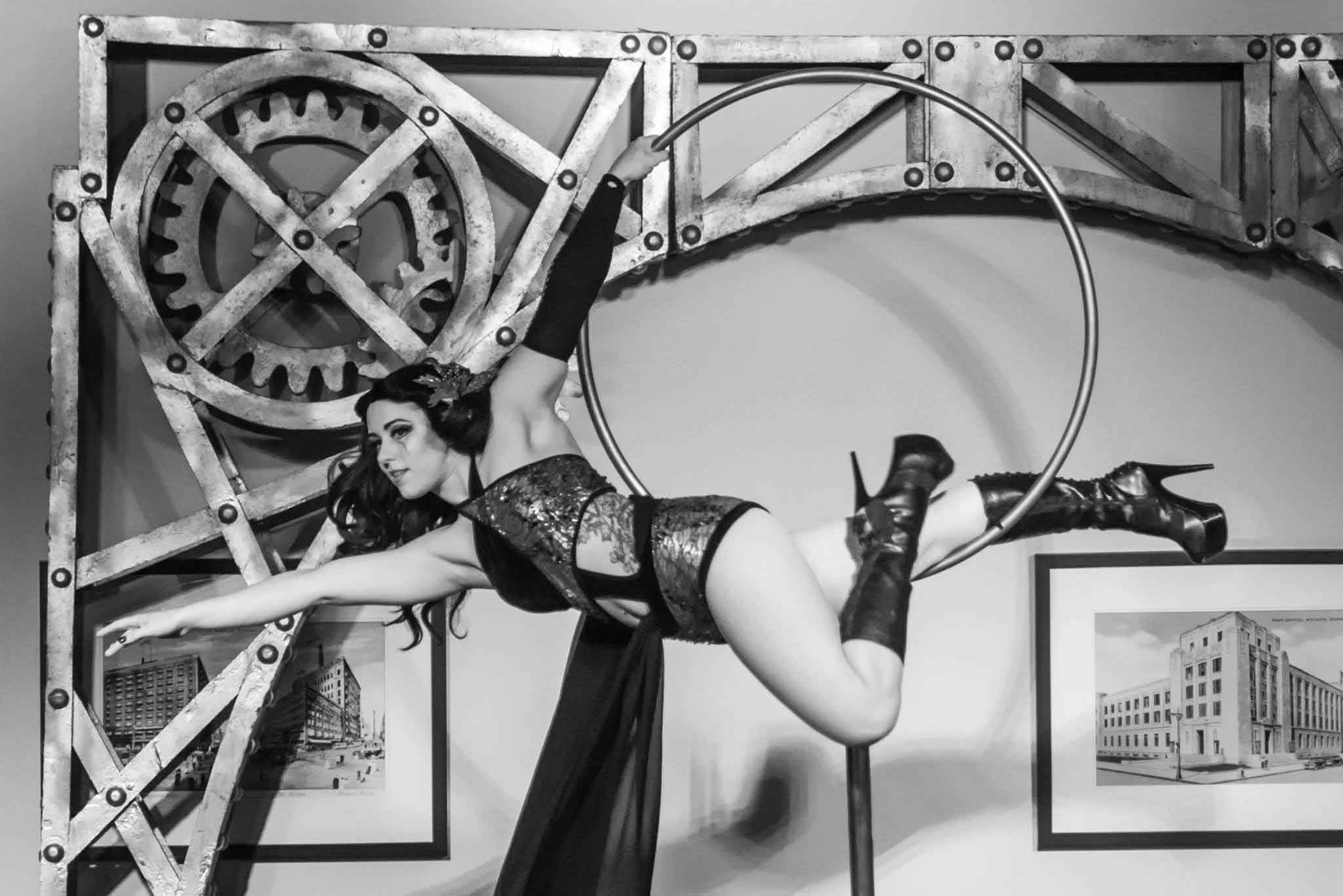 Hailing from the forests of Central Wisconsin, Samantha Siren is a multidisciplinary circus and variety performer. While her career began with hula hooping, she quickly became entranced with fire dancing, and soon after added aerial dance and acrobatics to her repertoire. In 2016 she moved to Chicago, IL to pursue the performing arts full-time. Samantha Siren currently trains and performs hoop dance, fans, fire dancing, living mermaid, character acting, face painting, aerial silks, and lollipop lyra. While she spends much of her time touring the United States, she loves coming home to Chicago and can’t wait to join you at your next event!

As Costume and Supply Manager for Make Believe Professionals, David knows what it takes to create a sensational show. David Medina is a multi-disciplinary artist, with his roots in traditional drawing, physical art, and poetry. One to never call it finished, where learning is involved, he then moved into the physical arts such as performance and fire dancing. Today his skills include DJing, jewelry-making, balloon-twisting, and face/body-painting. 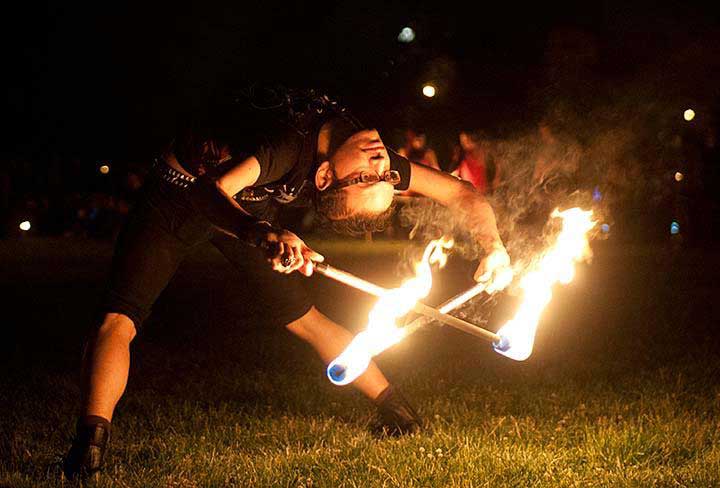 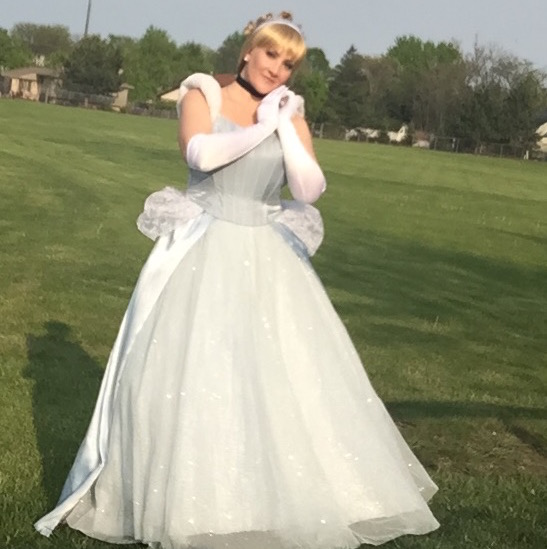 Katie has been performing and touring professionally since the age of 7. Her love of fun and adventure plays a key role in her work as a performer, choreographer and teacher. Katie received her BFA in Theatre Arts from Niagara University and has performed with children’s theaters and circus acts for the last 12 years. She joined the Make Believe team in 2015 and loves bringing her clown, Miss Bits, out to play! From fire breathing to princess parties, Katie would love to bring magic to your party!

Maribel, also known as Skittles the Clown, has many years of experience in cultivating characters to enhance your next birthday bash or event! Party characters will come to life for your next event. Face painting, balloon animals and more can be provided to make the next event in your life to insure it is one you will never forget! Characters include, but are not limited to: Clown, unicorn, underwater character, Ms. Claus, an elf, Elsa or Anna from Frozen, Belle from Beauty and the Beast, Rapunzel, or Cinderella. 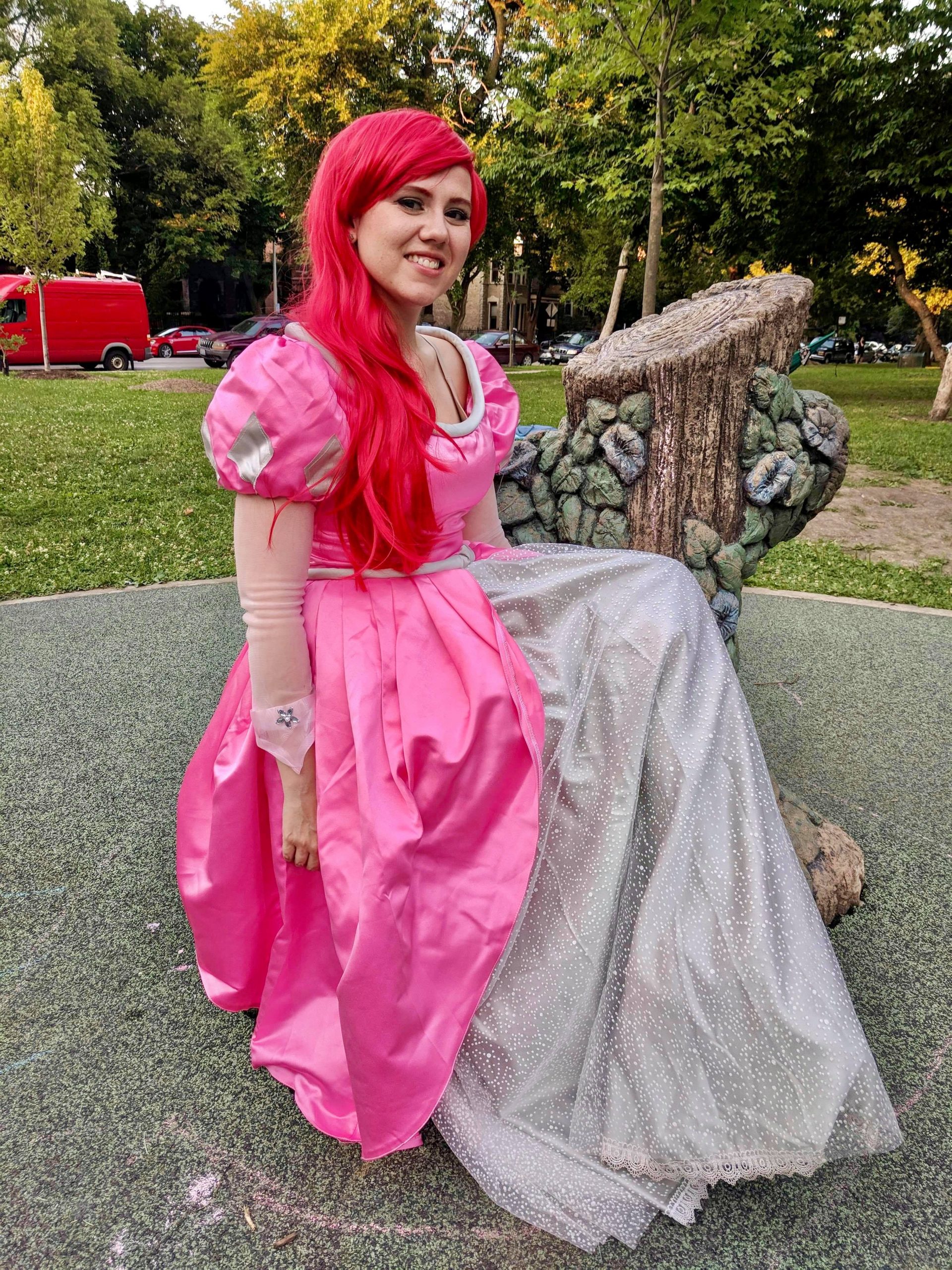 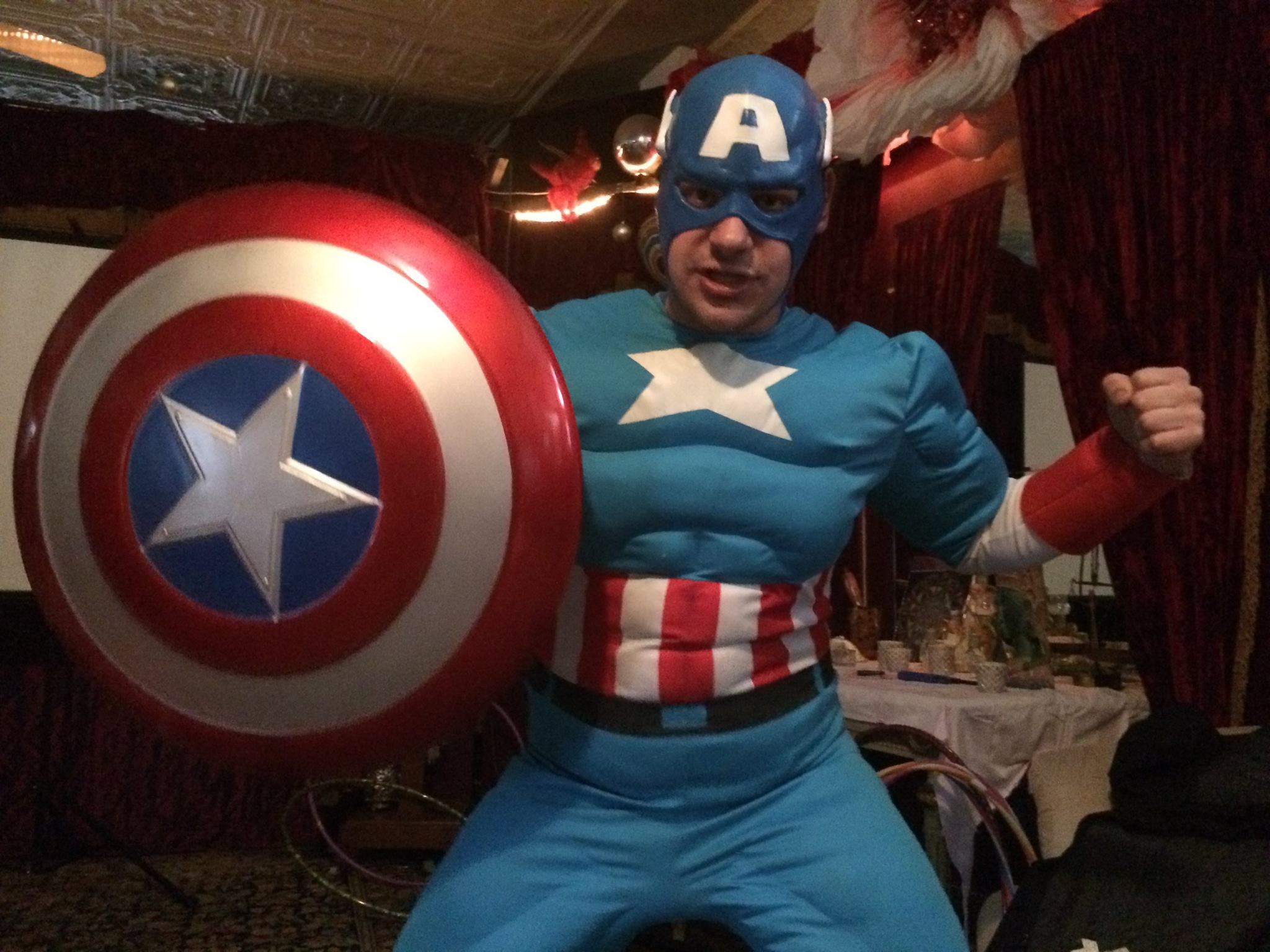 Craig has his BA from Illinois State University and has been doing performance art for over 20 years. Founder of Organic Monk improv troupe, he is a musician, comedian, actor, and writer. Craig’s is thrilled to be working with Make Believe Professionals to make your occasion fun for all ages.

Brenna has over 15 years of experience working with children as a preschool, elementary, and middle school teacher.  She attended an arts magnet high school, and has experience performing community theater and musical theater. As a teacher, she brings a high level of creativity to her students through music, art, and storytelling. Her love of performing arts brought her to join the Make Believe Professionals team in 2016.  Brenna is an experienced face painter who has brought her art form to parties and festivals throughout the Chicagoland area. She also enjoys performing as a costumed character. Brenna looks forward to continuing to bring joy to children through art, music, and performance. 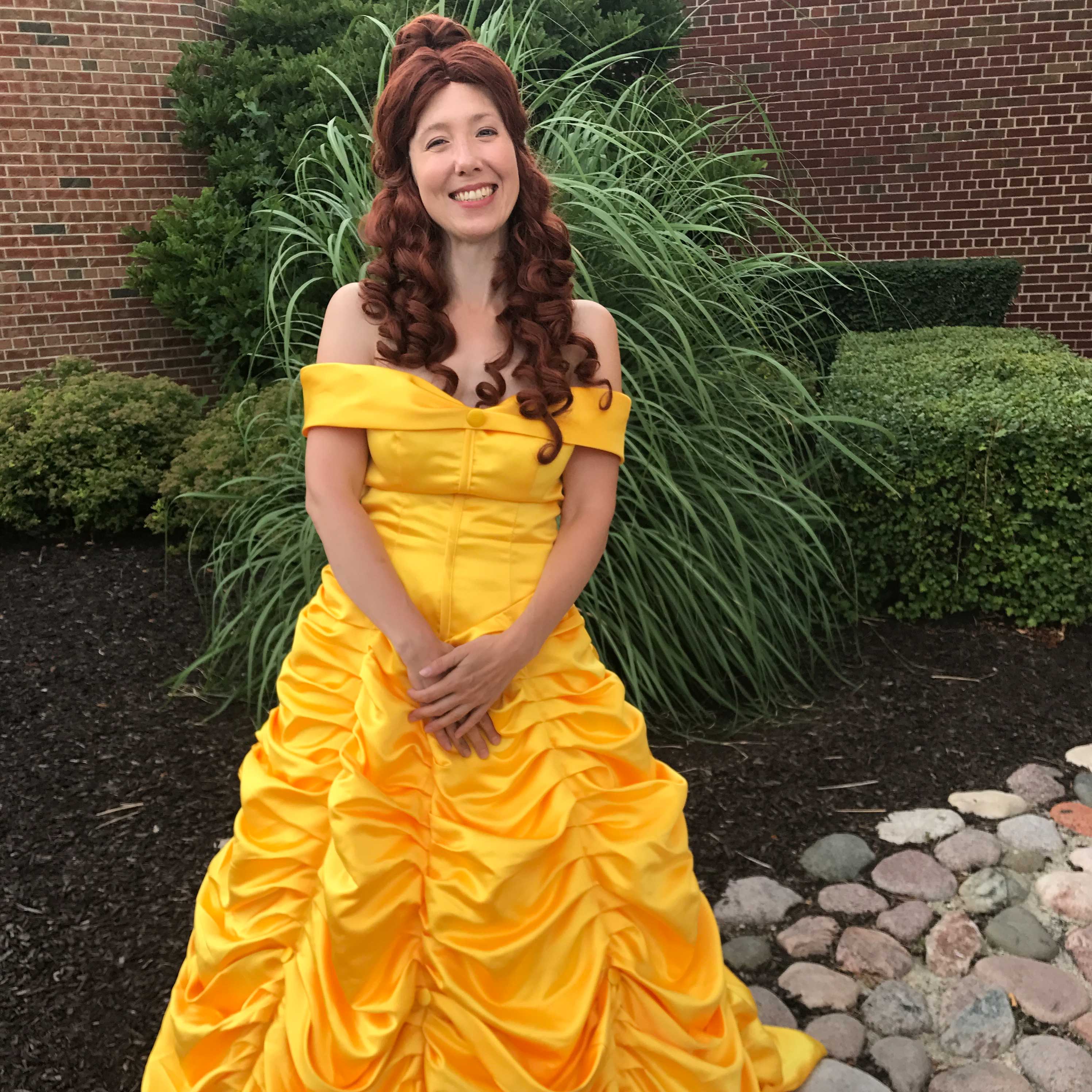 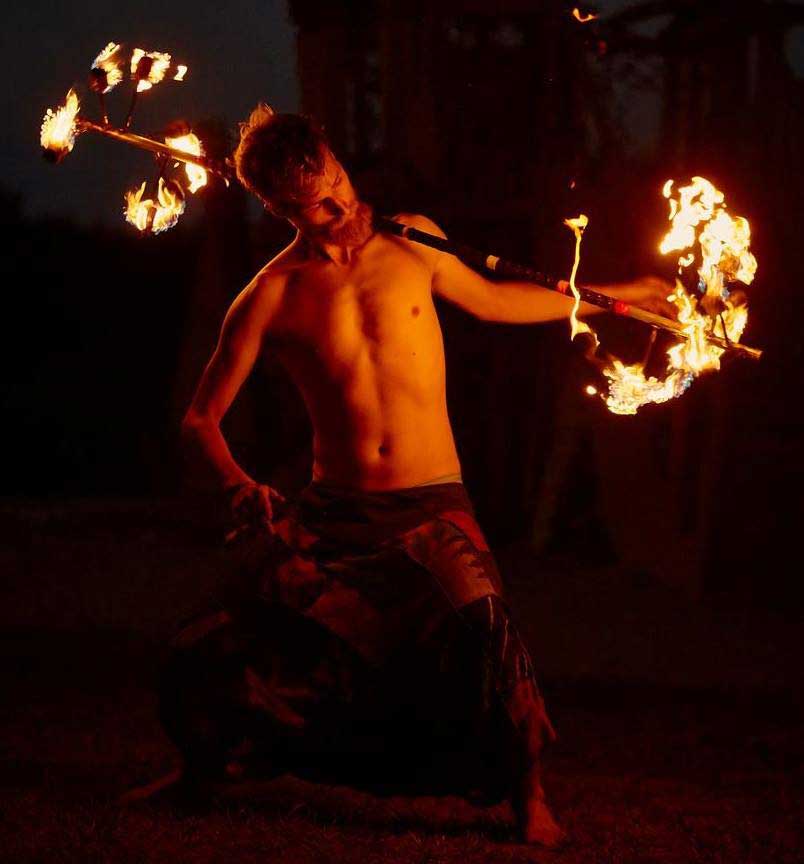 Originally hailing from Washington, Virginia, Austen Cloud is a flow artist, juggler, fire dancer, magician, balloonist, musician, actor, and tie dye enthusiast. Acquiring and mastering as many performance skills as possible is his life goal, and he is eager to share his enthusiasm for the arts with the world!

Heather is an artist, healer, performer & stilt walker. She also design and spins flags along with fire! She specialize in chakra re-balancing, costume designs, and work as a seamstress. 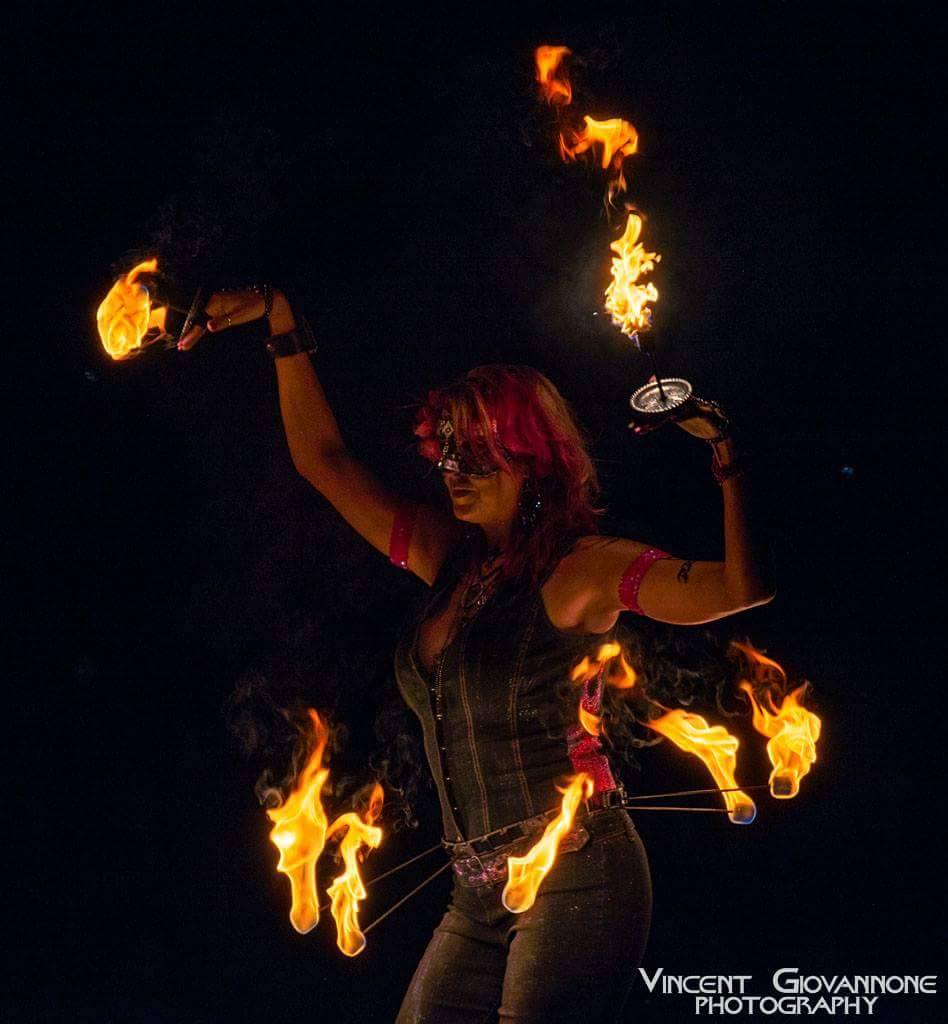 Book Make Believe Professionals for your next event!